GIVING WITH HUMILITY AND HUMAN DIGNITY, SPECIALLY CARING FOR THE UNDER-PRIVILEGED SECTION OF SOCIETY OF PAKISTAN, WITHOUT ANY CONSIDERATION OF RELIGION, SECT, CASTE, COLOUR OR CREED, FOR THEIR EDUCATION, HEALTH AND WELFARE AND TO UPLIFT THE LIVES OF THE NEEDY TO GIVE THE FELLOW MEN AND WOMEN HOPE AND SELF CONFIDENCE WHICH ENABLES THEM TO FEEL THE ESSENCE OF LIFE AND EXISTENCE.

INFAQ Foundation was incorporated on September 9, 1981, as an Association-of-No-Profit under Section 42, of the Companies Act, 2017.

The present Governing Board of the Foundation is headed by Mr. Zafar Iqbal Chaudhry, Former Executive, United Bank Limited and former Chief Executive Officer, BCCI. The former Chairmen included late Justice (Retd.) Fakhruddin G. Ebrahim Hilal-e-Imtiaz, Ex Federal Law Minister and Governor of Sindh who headed the Board from 1995 to 2019 and Mr. Ghulam Ishaq Khan, former President of Pakistan, who was the Chairman of the Board of the Foundation from 1981 to 1995.

The Governing Board of INFAQ Foundation consists of senior bankers, financial advisors/chartered accountants, legal advisors/consultants, entrepreneur/social activist, educationists and a retired senior naval official, who collectively form a team of professionals with diversified expertise, knowledge and experience. The current Governing Board elected on 29th October, 2022 for a period of three years up to 31st October, 2025 includes the following Members:

The Chief Executive is supported by an experienced team comprising Chief Financial Officer, Programme Managers (Health, Education & Relief) as well as senior Officers and support staff, which ensures smooth operations of the Foundation.

The accounts of the foundation are audited by Kreston Hyder Bhimji & Co., Chartered Accountants 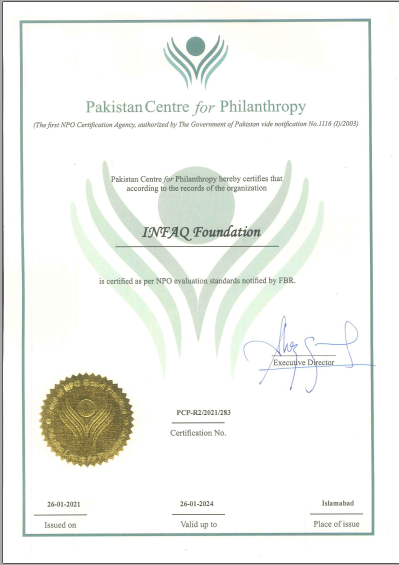 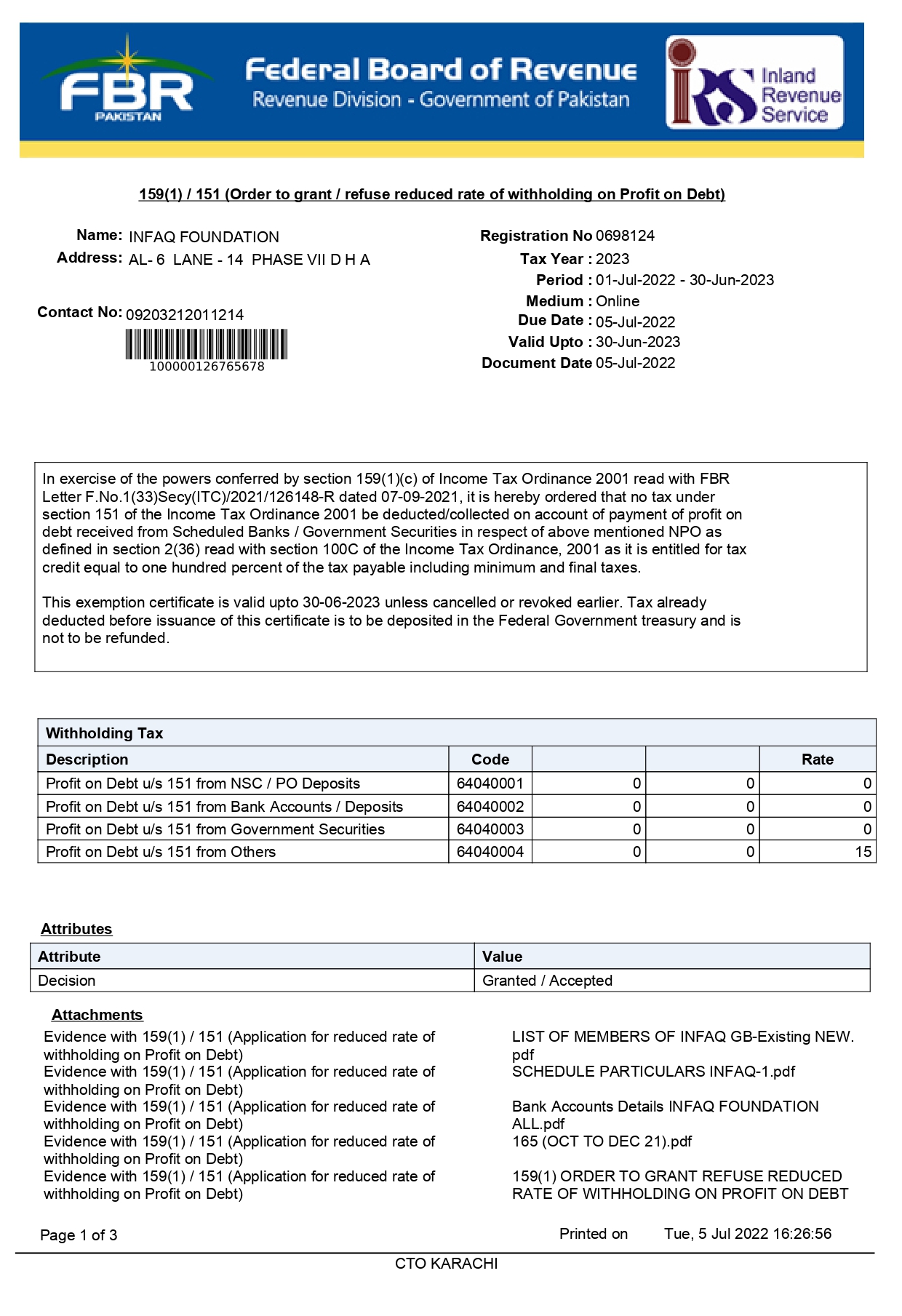